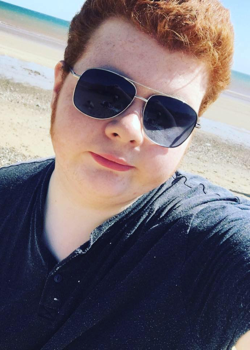 Aaron Cooper is one of the allies of EATL Films. He is also one of the upcoming actors in The Railway Series, portraying the role of Bertie.[1]

Cooper was born in 2001 in Macclesfield, England. Cooper started his career on YouTube at a very young age. Since then, he has had three different channels and now runs ArlesburghHarbourStudios.

Cooper has done voice acting for shows such as Matt Michaud's Enterprising Engines, Trained Assassins, and a multitude of other web content.

In 2015, Cooper released a short film called Thirteen The Movie and has produced many other short films afterward.

In 2016, Cooper was cast on the first season of The Railway Series as Bertie.

Retrieved from "https://eatl.fandom.com/wiki/Aaron_Cooper?oldid=7514"
Community content is available under CC-BY-SA unless otherwise noted.