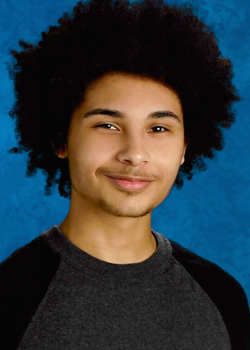 Elijah Adams is one of the founders and primary cast members of EATL Films. He is also an executive producer and one of the main actors of The Railway Series, portraying the role of Henry.

Adams was born in 1999 in Sarasota, Florida. At a young age, Adams showed an interest in the arts, taking part in acting, dancing and creating artwork in his free time.

In high school, Adams took Digital Video Production to further his education in film. Since taking the class, he has been involved in the production of numerous short films.

In 2011, Adams and his best friend, Taylor Lindsey, launched their very own production company, known simply as "A+L Productions". By 2015, they put together a core group of people and both agreed that the company should be called "EATL Films".

Adams' first acting credit is a small part as a student in Sex Ed. Through the film he met fellow cast members Shelby Ronea and Noah Diggs.

In 2015, Adams and Lindsey officially launched the company EATL Films and appear in projects as primary cast members. In September 2015, Adams was cast in a starring role as Mr. Green in the comedy-mystery film, Clue. However, due to many halts on production, the project currently remains shelved.

In 2016, Adams starred in silent short film titled Scott Ford, which is directed by Emily Shea. Adams and Lindsey will be teaming up with Shea to produce a new series titled Los Santos Driving School. The series' pilot episode will be co-written by all three show-runners, with a speculated release in spring of 2017.

In March 2017, Adams was a production assistant on Greyhouse Films' The Favorite.

In September 2017, Adams produced Amongst My Friends, starring Kyle Guay, written and directed by Monica Ruiz.

In July 2018, Adams will begin executive producing as well as starring in the EATL Films series The Railway Series as Henry and Toby.

The following is a list of episodes of The Railway Series that credit Adams as their writer.

Retrieved from "https://eatl.fandom.com/wiki/Elijah_Adams?oldid=7778"
Community content is available under CC-BY-SA unless otherwise noted.