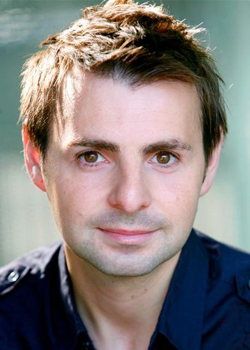 John Hasler is one of the main actors of Thomas & Friends, portraying the role of Thomas in the UK.

Not much is known about Hasler's life. He appeared as T-Shirt in the children's TV series T-Bag from 1985–92.

Hasler has appeared in Renford Rejects and Casualty and provided voices and automated dialogue replacement (ADR) for a number of TV, radio and film productions.

In 2012, Hasler joined the voice cast of Fireman Sam as James Jones, taking over the role from Steven Kynman and Arnold McKinley.

In 2015, Hasler was cast in the titular role of Thomas, the Tank Engine, in the UK and Rheneas in the UK and USA in the nineteenth season of Thomas & Friends, taking over both roles from Ben Small.

Retrieved from "https://eatl.fandom.com/wiki/John_Hasler?oldid=6672"
Community content is available under CC-BY-SA unless otherwise noted.