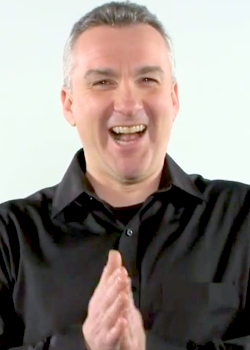 Wickham was born in St Albans, Hertfordshire, England in 1965. Since 1996, Wickham has been known for voicing a wide variety of characters.

Wickham is well known for voicing Changed Daily in The Secret Show, Mr. Small and Mr. Tall in the UK version of The Mr. Men Show, Corneil in Watch My Chops, Mr. Mouseling and most of the male voices in Angelina Ballerina, Nelson the Elephant, Victor the Crocodile and others in 64 Zoo Lane, Frank the Koala, Archie the Crocodile and Sammy the Shopkeeper in The Koala Brothers and Ol' Graham the Galleon, H.P. the Speedboat, Ken Toyn the Shipwright and Bryan the Ferry in Toot the Tiny Tugboat.

Wickham also worked as an actor and writer on the radio series Bits from Last Week's Radio recorded by Ear Drum productions for BBC Radio 1. As well as voicing 'Jack of Blades' in the 2004 video game Fable.

In 2009, Wickham was cast as Edward, the Blue Engine, Henry, the Green Engine, Gordon, the Express Engine, James, the Red Engine, Percy, the Small Engine, and Sir Topham Hatt in the thirteenth season of Thomas & Friends, in the UK. Since joining the cast, Wickham has provided a wide variety of voices in the series.

In 2016, it was announced that archive audio of Wickham would be used in the first season of The Railway Series.

Retrieved from "https://eatl.fandom.com/wiki/Keith_Wickham?oldid=7789"
Community content is available under CC-BY-SA unless otherwise noted.