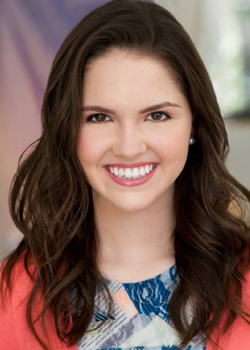 Rosa's first major acting credit is in Musical Hearts, in 2015.

In 2016, Rosa joined the company EATL Films as a primary cast member. In February 2016, Rosa was cast in a starring role as Madame Rose in the comedy-mystery film, Clue. However, due to many halts on production, the project currently remains shelved.

In July 2018, Rosa will begin starring in the EATL Films series The Railway Series as Lily.

Retrieved from "https://eatl.fandom.com/wiki/Madison_Rosa?oldid=7732"
Community content is available under CC-BY-SA unless otherwise noted.