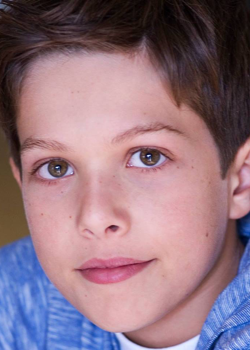 Quinn Nelson is one of the tertiary cast members of EATL Films. He is also one of the supporting actors of The Railway Series, portraying the role of Stephen Hatt.

Quinn Nelson was born in Arcata, California in 2002. He started getting into acting after taking acting classes from The Hunger Games: Mockingjay - Part 2 actress, Eugenie Bondurant at the Patel Conservatory in St. Petersburg, Florida.

In 2016, he has been cast in The Railway Series in the supporting role of Stephen Hatt.

Retrieved from "https://eatl.fandom.com/wiki/Quinn_Nelson?oldid=7775"
Community content is available under CC-BY-SA unless otherwise noted.