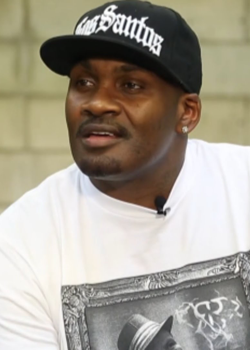 Shawn Fonteno is one of the main actors of Grand Theft Auto V, portraying the role of Franklin Clinton.

Fonteno has appeared in few films, such as 3 Strikes, The Wash, and Beef II. He has an upcoming role as Bam in the 2017 film Grow House.

In 2009, Fonteno was cast in Rockstar Games' newest entry in the popular Grand Theft Auto series as one of the game's three protagonists, Franklin Clinton. The game went on to set several sales records and has become the highest grossing video game in history.

Retrieved from "https://eatl.fandom.com/wiki/Shawn_Fonteno?oldid=7540"
Community content is available under CC-BY-SA unless otherwise noted.